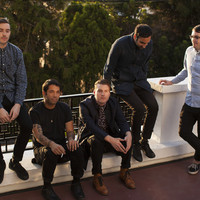 Nadia Kury
"He pained, shifting his attention toward the mirror across the road. Back into his daydream. The spliff burned his fingers the second he drank, and he tossed it toward the gutter. The smoke burned into his eyes, blinding him. As he blinked through the tears, the pain began to recede. Back down the promenade and homeward bound, as he approached the intersection of Brooklyn and Lakeshore, a flock of geese burst from the darkness and flew, shrieking into what was left of the daylight."

Nadia Kury
"He looked up to watch them form a ghostly shoggoth with flashes of white from their exposed chest, blinking like so many eyes. Crossing the street drenched him in fluorescent light, and he quickened his pace until he reached the softer light of the street."
https://www.coveralia.com/letras/you-without-end-deafheaven.php