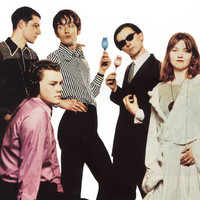 Just behind the station, before you reach the traffic island, a river runs thru' a concrete channel. I took you there once; I think it was after the Leadmill. The water was dirty & smelt of industrialisation, little mesters coughing their lungs up & globules the colour of tomato ketchup. But it flows. Yeah, it flows. Underneath the city thru' dirty brickwork conduits, connecting white witches on the Moor with pre-raphaelites down in Broomhall. Beneath the old Trebor factory that burnt down in the early seventies. Leaving an antiquated sweet-shop smell & caverns of nougat & caramel. Nougat. Yeah, nougat & caramel. & the river flows on. Yeah, the river flows on beneath pudgy fifteen-year olds addicted to coffee whitener, courting couples naked on Northern Upholstery & pensioners gathering dust like bowls of plastic tulips. & it finally comes above ground again at Forge Dam: the place where we first met.
I went there again for old time's sake, hoping to find the child's toy horse ride that played such a ridiculously tragic tune. It was still there - but none of the kids seemed interested in riding on it. & the cafe was still there too; the same press-in plastic letters on the price list & scuffed formica-top tables. I sat as close as possible to the seat where I'd met you that autumn afternoon. & then, after what seemed like hours of thinking about it, I finally took your face in my hands & I kissed you for the first time & a feeling like electricity flowed thru' my whole body. & I immediately knew that I'd entered a completely different world. & all the time, in the background, the sound of that ridiculously heartbreaking child's ride outside.
At the other end of town the river flows underneath an old railway viaduct; I went there with you once - except you were somebody else - & we gazed down at the sludgy brown surface of the water together. Then a passer-by told us that it used to be a local custom to jump off the viaduct into the river, when coming home from the pub on a Saturday night. But that this custom had died out when someone jumped & landed too near to the riverbank & had sunk in the mud there & drowned before anyone could reach them. I don't know if he'd just made the whole story up, but there's no way you'd get me to jump off that bridge. No chance. Never in a million years.
Yeah, a river flows underneath this city, I'd like to go there with you now my pretty & follow it on for miles & miles, below other people's ordinary lives. Occasionally catching a glimpse of the moon, thru' man-hole covers along the route. Yeah, it's dark sometimes but if you hold my hand, I think I know the way. Oh, this is as far as we got last time but if we go just another mile we will surface surrounded by grass & trees & the fly-over that takes the cars to cities. Buds that explode at the slightest touch, nettles that sting - but not too much. I've never been past this point, what lies ahead I really could not say. & I used to live just by the river, in a dis-used factory just off the Wicker & the river flowed by day after day & "One day" I thought, "One day I will follow it" but that day never came; I moved away & lost track but tonight I am thinking about making my way back. I may find you there & float on wherever the river may take me. Wherever the river may take me. Wherever the river may take us. Wherever it wants us to go. Wherever it wants us to go.