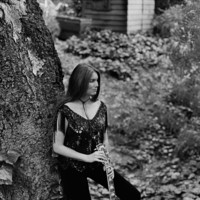 When you're ready for steady to go dancin', romancin'
Grab your sweetheart and jump in your car

Drive right on down to the bright side of town
You'll be glad you don't have to drive far
You'll be happy you don't have to go far
Park your pickups and Cadilacs, Fords and Renaults
And dance like the dickens to the West Texas Waltz
Grandmammy, grandpappy if you plan to stay happy
You better lace up your best dancin shoes

He changed my whole attitude and to show him ny gratitude
https://www.coveralia.com/letras/west-texas-waltz-emmylou-harris.php
I decided I'd just ask him out.
Yes I thought I just might ask her out
I said close up your windows, honey, lock up your vaults
And dance like the dickens to the West Texas Waltz
We spent the next to the last dollar in the old ice cream parlor
On a milkshake and a malt and a pop