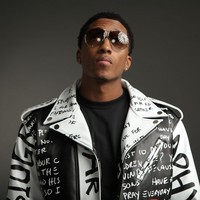 Verse 1:
4-fever, 9 millimeter
?Dem a' want a heater ?cuz the streets is finna heat up
Six million ways to die; choose 10
And if he don't die then he probably do ?em again
From passionate catastrophe, to genocidal blasphemy
No respect for humanity, they resort to insanity
Head bang on the glass, call it window pain
Jumping out the window tryna' get my frame through the frame
Close range; when he point, I just blank-out
Felt my heart sank when that bang thang rang out
Now you got yo thang out, you take life, you give it
You took his life away, but you gave yours up to system
No wanna listen, no reason for livin'
We bought the lie we can't be forgiven for all our sinnin'
Killin' is the religion, service is in a prison
Ignorance got a slave and our name in the mentions

Verse 2:
Grew up under Tupac: bible verse and two glocks
Say we ready to die, see a ghetto in the sky
Couldn't be more wrong than right shoes on the left feet
Highway to hell and we fighting for the best seat
No heart, bullet's got no name
Little boys wanna bang but ?dem barely got a brain
?Dem barely got aim, but they shooting for nothin'
They rob a sister of her brother for a couple a hund'ed
They thinkin' that life is cheap but it's expensive as ever
They'll be sentenced to forever for them heartless endeavors
I try to tell ?em (simmer down brethren), but they like whateva'
Too scared of being broke to think about being betta'
Plus, we get bombarded by all these images of bravado
You ain't really a man if you don't follow these models
But the weakest ones follow, the strong reconsider
You can forgive much if you understand you forgiven