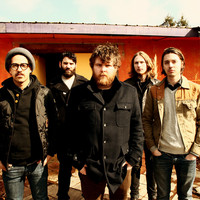 There's two twin deaf kids and they've gotta make
An ungodly decision
They decide which one gets to leave this place
And which one will forsake it, to make it

So, the first kid says in his temporal tone
I don't think there's a way to resolve it
We should wrap up these towels round our blistering bones
Wait it out in the closet

His brother looks him up and down and prophesizes
How all of it should end
Said we're buried underneath the yard
https://www.coveralia.com/letras/top-notch-manchester-orchestra.php
And no one ever listens... or visits

It didn't really matter how it happened when it did,
'Cause when it happened, you reacted with an apathetic wince
So you try to wash it out but that's a stain that won't dissolve
And we all believed in ghosts until you walked into the wall