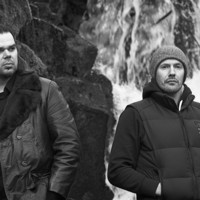 They appeared as maidens to the ball
at the hour of nightfall
...so strange yet beautiful

...And they danced
as if their life depended on their pace
https://www.coveralia.com/letras/the-three-flames-sapphire-empyrium.php

Vanished into the dark...
Forever gone and never seen again

As if night engulfed their shapes
and kept them forevermore

Now blue flames glide in the mist
of the moonlit moor