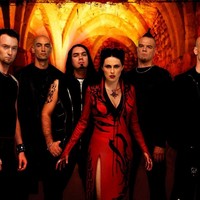 I held you tight to me
You slipped away
You promised to return to me
And I believed, I believed

After the night he died
I wept my tears until they dried
https://www.coveralia.com/letras/the-promise-within-temptation.php
But the pain stayed the same
I didn't want him to die all in vain
I made a promise to revenge his soul in time
I'll make them bleed at my feet

Sometimes I wonder
Could I have known their true intentions?
As the pain stayed the same
I'm going to haunt them down all the way
I made a promise to revenge his soul in time
One by one they were surprised