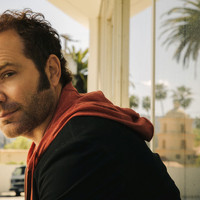 Jane says it's a long way out...
I'm gonna make it out
Cause I'm about her

Jane says, you're as Holy as a ghost,
But who loves you the most, if you offer
I might let you carry me

Jane there's nobody here but yourself
In the end it's the wealth of your spirit
Now hurry up get on with it
https://www.coveralia.com/letras/the-devil-in-the-wishing-well-five-for-fighting.php

I took a guess and cut a portion out of my heart
He said that's nowhere close enough but it's a damn good start
I wrote the secret that I buried on the wishing well wall
He said I've seen one... it follows that I've seen them all
We spoke of human destination in a perfect world
Derived the nature of the universe (found it unfulfilled)
As I took him in my arms he screamed I'm not insane
I'm just looking for someone to understand my pain...