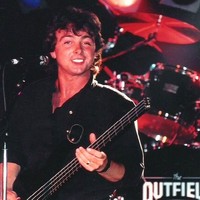 She calls me up every minute of the day
It's like she's checking me over - always over my should and then
We talk and talk until there's nothing left to say
But she won't leave me alone every night
She never says what's on her mind
And the way it looks - well I know she ain't blind
https://www.coveralia.com/letras/taken-by-surprise-the-outfield.php
Telling her lies
Taken by surprise - taken by surprise yeah