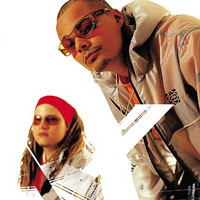 Da poetry, by now you should know it's me, the brother of word
giving thanks and praises to so many names and faces
in different places
from '84 to '99, it's been a very long time
since the movement called hip hop arrived to this cold country ofmine
seen the old, the new, and now the true skool
and for once i can say, something has changed
or is it just me? in the place to be
hardcore!
am i about to take it in my face?
question... where were you at the time of tha fat shoelaces
when the hell was really raised
huh, i know every face.. writers, breakers, dj's, emcees,flygirls
representing, respecting unwritten laws
rules, star wars..
by even though, there's one thing i know, and it's been saidbefore
eliminate the distance,
It's not where you're from, it's where you're at ..mentally..
da poetry.
https://www.coveralia.com/letras/spoken-word-bomfunk-mc-s.php
nuff love, peace and respect. come correct
you gotta pay your dues, if you got something to prove
it is a competition, 'coz the business side can't see themission
a.k.a the b-boy vision(/wisdom)
2000 and still counting...
(after the phone rings:)
Yo, it's S U C K S
and I gotta rhyme or two for the bomfunk crew
so you'd better listen if you don't wanna be missing
the perfect combination on the mission to rock the dancefloor
to hit you right where it hurts
I'll leave you begging for more
like roger, but this is not a story of a rabbit
gismo and b.o.w just got a habit
of speeding up your heartbeat
holding you no doubt yo bomfunk mc's do it to the crowd
what up looking good catch me cooking food