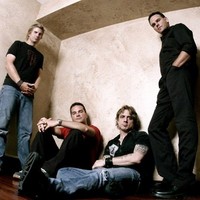 (Hess/Lesperance)
Yesterday I had it all worked out to a "T"
But now something's wrong between you and me
I was wrong, so wrong
To think that I would stay
Seasons come and seasons go
And today is another day
I wanna say now's the time
To go our separate ways
I don't know I might be wrong
Could we find the strength to say
That our love, our love's seen some better days
And who's to say if I had the chance
https://www.coveralia.com/letras/something-to-say-harem-scarem.php
That I'd make the choice to say
If you ever had something that you wanted to say
You better start talking before I go away
I wish that I could say I've been feeling okay
That I'll be bringing on the better days
But I wouldn't feel right
Knowing I was lying to you
Am I wasting all my time, will we try to make amends
I try to read between the lines
But all I see is the end