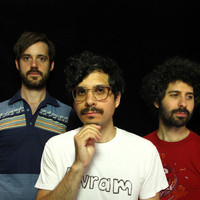 Let's review some recent facts
I make decent cash, I'm a minor star
And we can't last if she don't drive a hybrid car
I scribble vapid raps on your flyer backs
The word is I purchased a refurbished Mac G4
Pull up to critical mass in a gas-guzzling Ford
Just to ask you when next your rock outfit performs
Before you tell me the fact, I'm down the road yelling back
Please post it on the Whole Foods bulletin board
I'd earn a lick of respect in slum art for sure
But I threw out my lumbar picking up checks
I'm so numb, Lord, yes, despite how I'm blessed
I'm destined to end up a slum lord depressed
Come by, poorly dressed, your address on the first
Hum something under my breath that half resembles some words
And like a bird in a suit cut for a brutish bear
Back out of there bowing like a Jew in prayer

A small dark bard, I'll give an inch to start
Then leave you home dreaming of the whole nine yards
Leave you home dreaming, believing that you'd seen me
Loose skin breathing like a cathedral at evening
Screaming like a demon in the Garden of Eden
Missing what parts that a stork in its beak brings
But even what an evil man thinks is really pink
And on his insides, doesn't mean you shouldn't pull his card out
So what if a man blinks in Morse code while he sings if he sings his heart out?
Everybody's gotta get paid
I'd say "far out, no way"
Frankly, I'd be amazed
But a patriot would save the day
Make the hitch, help C.I.A
What's bad, what's good
A complicated man is misunderstood, even to himself
Acutely unaware what's in a shallow breath of air
And long exhale of something else

https://www.coveralia.com/letras/sod-in-the-seed-why-.php
Two sips, instant drip, Sanka mud
New corpus publicist, thanks ya bud
As hundred bucks worth of wordy blogger thugs
Come forth forthwith to four seasons aflood
To morbidly orbit your toilet like hornets abuzz
Forming above like buzzards in love
When you first wake up, spitting sick from the gut
And shitting black blood at six
Then you wonder why I'm high up, sitting, yup
The blundering braggart
From a covered wagon spitting under the vagrants in gutters
What, does it make me evil?
Am I a feeble deranged fuck?
Cause Jesus would and I would not drive the needle exchange truck?
Well if I'm out of luck, I'm still pitching notes through this throat
Pissing fears and hopes through the ears of folks listening
No matter what, batter up enough of this nonsense
You can gather up the contents of the catcher's cup and suck

You kneel and squint your eyes and cup your hands against the window
Just to see who rides, to get a glimpse inside the limo
Have some self-respect and exercise some tact
While I supply the info that you lack
One must pay the frat fee to enjoy the fat-free snacks
Strippers, roofies, and six-packs, and groupies with big breasts
Sending out mass texts asking who's next
To get his lance waxed in the wickedest sex acts
Step back from the stretch, mack, and mind the gap
With all due respect sir, there's a limited cap
You'll need a ticket to kick it in the back
Of this rented, tinted-out black Cadillac
But I can tell by your polo slacks, Sebagos, and blank stare
You're good for the total package and game to be back there
But who am I to judge a man's heart by his yacht wear?
And it scares me to death, yes, that I'm starting to not care

La letra de canción de Sod In The Seed de Why? es una transcripción de la canción original realizada por colaboradores/usuarios de Coveralia.
Why? Sod In The Seed lyrics is a transcription from the original song made by Coveralia's contributors/users.