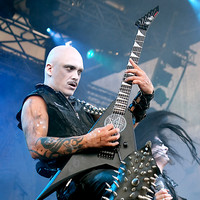 Whipping tears from the sky,
as the forsaked throne embrace it`s soul.
With blood on their hands,
and high-raised swords, the ancient gods command.

Fading the forest the shadows of the past,
with the ravens command they march onward.

Swear by the moon and the stars in the sky,
as they bend down and greet to their gods.
A cold mist now hovers their ground,
as they gather for war, mighty and proud.
https://www.coveralia.com/letras/seed-of-the-ancient-gods-old-man-s-child.php
Shadows appear from behind the torchlight,
slowly arise from the deepest fog.
The pestering storms, the raging battles forward from the north.
An ancient myth of a time to come, a black hole, an empty grave.
A birth of a forthcoming master, the darkening sky.
The fallen life as the stars die, in the gloom they rise.
The crowned one`s, of ancient times.

Fading the forest the shadows of the past,
with the ravens command they march onward