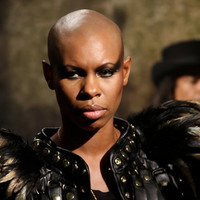 I've been biding my time, been so subtly kind,
I've got to think so selfishly, 'cos you're the face inside of me.
I've been biding my days, you see evidently it pays,
I've been a friend, with unbiased views, then secretly lust after you
So now you feel lusty and you're bored & bemused
You wanna do someone else, so you should be by yourself, instead of here with me, secretly
Trying hard to think pure, bloody hard when I'm raw,
https://www.coveralia.com/letras/secretly-skunk-anansie.php
you're talking out so sexually, 'bout boys & girls & your friggin' dreams.
Now you feel lusty, you're hot & confused.
(So) now you've been busted, you're caught feeling used.
(You had to do) someone else, (you shoulda been) by yourself,
instead of here with me, secretly, secretly