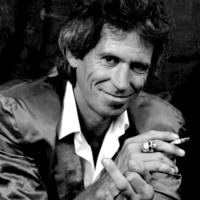 Someone stole some money
Who it is, it ain't quite clear
Stolen from my honey
She holds my stash 'round here
The cops, you know, I can't involve them
They'd only interfere
So, I hit the usual suspects
But I drew a blank round then

Found a letter to her
It was from a, a friend of mine
It was a plan to screw me
That's what he had in mind
The cops, I, can't involve them
Don't want them coming near
'Cause this thing is getting personal
And picture is now quite clear
https://www.coveralia.com/letras/robbed-blind-keith-richards.php

The stash, no longer matters
And he ain't hard to find
Cause he leave the money, honey
But the heart you stole is mine
The cops, I, can't involve them
God knows what they could find
But I've learned a lesson from my girl
Whose faith is yet to been defined