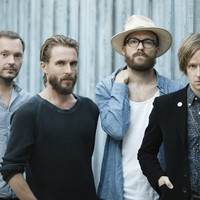 Genocide on genocide - destroyed knowledge crushed pride.
Lost culture to civilization - reduced, abused beyond dignity.
Contemptation, exploitation - ring the bell of information.
Blocked the truth convincing, controlling - held us down unthinking, unknowing.
Oppressed so many for so long.
We've ignored the facts and moved along.

Wasting resources, face some facts and detect the causes.
Cause our progression equals destruction.
https://www.coveralia.com/letras/pump-the-brakes-refused.php
People getting killed by government corruption
cause making most of the land, that's the plan, you gotta understand
that 50 years down the line, there wont be no time, the time is now.

Drained so much for so long.
We've ignored the costs and moved along.