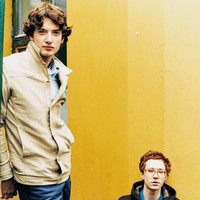 Innocent imitation of how it would be
If one the music entered, you did not retreat
https://www.coveralia.com/letras/parallel-lines-kings-of-convenience.php
In my imagination, you are cast in gold
Your image a compensation for me to hold