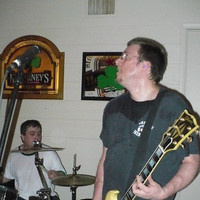 Dozens of eggs, can of paint,
Bar of soap and razon blades,
Your pool's on fire, doors are nailed shut
Windows all broke and your wires are cut.

Flaming bag of dog shit on your stairs
Ruin your fuzzy slippers, we don't care.
Time to be bad, sick of being good,
Wanna blow up the neighborhood
https://www.coveralia.com/letras/mischief-night-adrenalin-o-d-.php
It's mischief night, gotta be home before the curfew,
It's mischief night, it's mindless violence
We just want to hurt you.

Mailbox is burning, tires are slashed,
Poisoned your dog and strangled your cat,
Soaped up your windows, egged your car,
With sugar in your gas tank you won't go far.