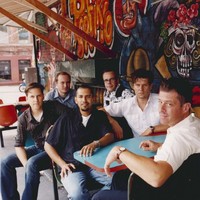 Woke up on Monday and wrote you a love song, wrote you a love song
Well the pen stopped and the paper flew out the window
And the notes rang down the road
I don't know where they'll go get caught in the trees I suppose
Ripped apart by the birds and the winter winds whisper good bye to your love
Went out walking into the storm, into the storm
Followed what I thought was your voice but it was just the riverside
I don't know where they'll go but I cast the letters you wrote
Taken out by the current or sink to the bottom to say a little goodbye to your love
https://www.coveralia.com/letras/maybe-on-monday--alternate-version--calexico.php
Skies dark and the wind blew the trees down
I watched as the world slipped away
Carved into the bark a final love song
Then I carried the words to the fire
Staring into the glow where the branches are burning low
Sparks shooting out like stars and in the morning say a little goodbye to your love
I'll carry this song with me everyday ?til I lie down by your side