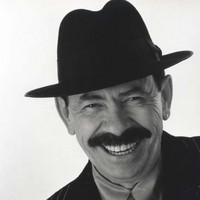 I've got to tell you. I want to tell you
I've got to tell you
I've got to tell you that it's time to let you know
I want to tell you that you've got to let it go (2X)
I'm believin' too much in all the stuff in my head
It's a hassle in the mornin' to get up outta bed
I'm holdin' on to secrets that are too hard to see
An' I'm thinking everybody is a-better than me
I try to keep doing what I think I gotta do
If I make a mistake you're gonna think I'm a fool
I'm always back again to the point where I began
I'm afraid I need help - don't offer your hand
I know, you know, they know, we know
I don't know nuthin' but I gotta keep bluffin'
I'm thinking, they're thinking, you're thinking I'll drink
Feelin' so confused that I think I wanna sink
It's so hard to talk when you're walking in shock
It's so hard to see when you're pretending you're free
Don't know how to give, and I've had all I can take
https://www.coveralia.com/letras/let-it-go-scatman-john.php
Everybody's to blame, when you can't play the game
I've been namin' and a-gamin' and a-framin' and a-blamin'
It's a pattern I've been weaving for a long long time
It's hard to begin, but surrender means win
And it certainly is better than losing your mind
I know that you've been thinking
I've been talkin' 'bout me I made it that way,
For a purpose you see
Scatman's really only tryin' to get through
To help you discover - he be talkin' 'bout you
The things that hold me back are right here in my head
The sabateur, can't endure, he has to go to bed
I want to live life in spite of what I think
I think that my opinion should be thrown to the sink
I wanna do better, but I don't know how
But if I'm gonna start I better start right now
I try to survive and I've gotta let you know
If I want to live at all I gotta gotta let go