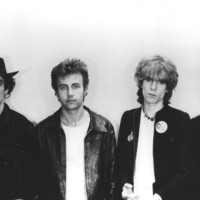 Ah ha, ah ha
You'll be possessed and I can't be the possessor
I love my mother but I wouldn't want to have sex with her

Ah ha, ah ha
I've been outside this world and
I've seen all kind of girls but
I wish that I could talk to you

Ba ba ba bbbciffpvbyayzuaoo
Ever since I heard the way ya talk, I wanted you
https://www.coveralia.com/letras/language-problem-the-only-ones.php
You know I'm worth fooling

Ah ha, ah ha
Feels the same in any language
And we both know how it can itch
And we really enjoy the damage

Ah ha, ah ha gjgjqwljroew
Ever since I heard the way ya talk, I wanted you
You know I'm worth fooling