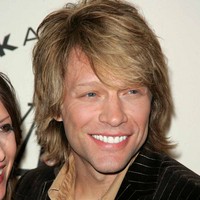 I jumped headfirst into a bottle
I was looking for a friend
Came up just short of nothing
I didn't find the truth, I only found an end

So tell me who's gonna save me
Or my father or my son
When the only justice a man can see
Is the barrel of a loaded gun, oh yeah

I been broke and I've been hungry
I think they're both my middle name, ooh
But I don't never ever never seem to get enough
Still guess I guess complain

'Cause what you get in life you take it
https://www.coveralia.com/letras/justice-in-the-barrel-jon-bon-jovi.php
You've gotta hold on, make it last, ooh
They say good things come to those who wait
But it's life that goes so fast

And when there's just one rule you live by
Each day you kiss the rising sun
When you live and die by the life we breathe
In the barrel of a loaded...

So Mister can you help me or are you my gun
Have the ghosts of justice brought you here to me to taste, ooh
The barrel of a loaded gun