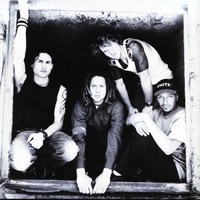 [Intro]
[Zack:] Hey check this out right about now....
I wanna introduce a brotha...who came all the way outta here
from Long Island, New york. And he's one of the fathers of
revolutionary music in our time period. He was a huge influence
on us and we wanna bring him out right now. So check it out, we
got a man by the name of Chuck D, from Public Enemy. Yeah.
[Chuck D:] Wassup, wassup! Zack: Yo....
[x5]

[Chuck D:] "I got a letter from the government
The other day
I opened and read it
It said they were suckers
They wanted me for their army or whatever
Picture me given' a damn - I said never
Here is a land that never gave a damn
About a brother like me and myself
Because they never did
https://www.coveralia.com/letras/intro--black-steel-in-the-hour-of-chaos--rage-against-the-machine.php
I wasn't wit' it, but just that very minute...
It occured to me
The suckers had authority
Cold sweatin' as I dwell in my cell
How long has it been?
They got me sittin' in the state pen
I gotta get out - but that thought was thought before
I contemplated a plan on the cell floor
I'm not a fugitive on the run
But a brother like me begun - to be another one
Public enemy servin' time - they drew the line y'all
To criticize me for some crime - never the less
They could not understand that I'm a Black man
And I could never be a veteran
On the strength, the situation's unreal
I got a raw deal, so I'm goin' for the steel"