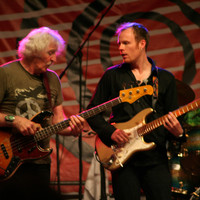 Goin' to Chicago gonna play the blues,
Leavin' in the morning with my rock and roll shoes.
Ain't goin' to no airport ain't gonna get no plane,
Lookin' for my roots that's why I take the train.
Goin' down to Memphis, nothin' left to lose,
Take along my Gibson gonna play some blues.
String around my suitcase, pocket full of rye,
There's something 'bout the blues that aways makes me cry
Tired of getting nowhere workin' nine to five,
https://www.coveralia.com/letras/going-to-chicago-ten-years-after.php
Got to get away so I can feel alive.
You've only got one life, that's what they say to me,
Time it is a wastin' when I should be free.
I've done a lot of talking, now it's time to make a stand.
Instead of playing safe, I should be playing with the band.
You've got to keep on moving, you've heard it all before.
This time I'm gonna make it, won't be back no more.