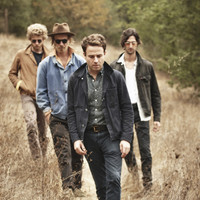 His wife asked "How were things at work today?"
As Bill walked through the door
And put his coat on the chair and his keys on the table
And his eyes down on the floor
And he tightened his jaws and he thought how the cause
And effects weren't clear anymore
https://www.coveralia.com/letras/for-no-good-reason-dawes.php
Figuring out how to say what's wrong

He said "I know that I'll be leaving you.
That's all I really know.
But I wish I could tell what exactly compels
Me to turn my steps and go.
because there's so much love that you've given me,
And so much love that I owe.
It's with myself that I can't seem to get along"