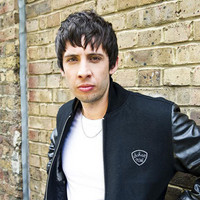 [Verse 1: Example]
Some people to people, not seeing pupil to pupil
Ain't seeing iris to iris, they're being futile and brutal
Like Cyrus, the virus, a little chance they might shoot you
So give 'em laser removal, the whole kit and kaboodle
As I sit here with my pen and I doodle
Thinking 'bout how all my friendship group quadrupled with rupels
And tripled and doubled
Then suddenly, I'm covered in rubble
They were using me, their puppetry stumble
Back in 2012, I probably had 2012 contacts
Plus hundreds of contacts, lets start with the long facts
My phone book was looking like the Yellow Pages
I was spending much of life with so many strangers
In one year, I probably had six Ranges
And my dealer probably bought herself a few bracelets
Went through sick changes, yeah, the shit's crazy
All because I fell in love with 36 chambers
Who can blame us?
Always tryna copy off inspector debt
Now I sit inside my castle, inspecting the deck
I got a sun deck, a pool deck, a food deck, who?
That you, yeah? That little kid you bullied at school
Always acted a fool and tried to be cool
Deleted you on Facebook right as soon as I blew
'Cause all the bullies try and fool you when they ask for favours
But I'll be in Ibiza with a couple ravers
Girls, a couple flavours
On some wrong behaviour
'Til my missus landed on my lap, became my saviour
Had a couple failures, married Miss Australia
Fell and landed on my feet, ayy, ayy, ayy, ayy, ayy

[Verse 2: Doc Brown]
Bruv, the journey is nuts
20 breh's upstairs, rollin' herb on the bus
Rhymin' cyphers with a lighter, we're burnin' it up
'05, slow grind, no one makin' P
Verse number 183 but where's it taking me?
Hard to show that you're a leader when nobody sees ya'
Low exposure, overchievers, you know the procedure
I go on believing, proverbial tree in
The forest breaking down, did it make a sound?
Never special-guested, always second-bested
Mental health is tested
https://www.coveralia.com/letras/eye-to-eye--feat--doc-brown-y-sway-dasafo--example.php
Clinically depressive, gave myself the message
If that's what wrong with me, that's tragic comedy
Put it on stage, make it an economy
I told the world I was a loser and they laughed
Now my garden bigger than a fuckin' park
But I still think back to the start
Those first flows when there weren't jokes, I was dirt broke
I knew Elliot in the days of Ready Brek and Teletext
Never knew where we'd be shellin' next
Nowadays it's a brave new environment
Just for Example, I came out of retirement
Netflix, Apple TV, BBC
I don't need to do this, I just love the music
I just love the way the beat reacts when I abuse it
I just love the way that you assume that I could lose it, foolish

[Verse 3: Sway]
Listen, I've learned not to take anything personal
With the industry for the stuck up squares, you gotta be versatile
While they were cutting shapes, I was cutting tapes
On the stage where before you went in, you had to circle 'round
I heard their doubts but I won
Left 'em behind on their bums
Still shake it every time I rhyme, try to work it out
And if you made it this far into the song then your attention span is long enough for me to make this worth the while
Listen, anything we want in this life, we can achieve it (Real talk)
It was the eye in my piano that helped me see this
But soon as I had the key, I tried to tune in with my peers
But because they had fears, they saw my drive and tried to key it
Man, I've started from scratch so many times
Lost a couple of notes and I've scrapped so many lines
Took it back to Africa when I scrap so many lions
That slap me fast, and so hard that they scrapped Simba and [?]
Why on earth would you say this when you got four kids? This is science
See the kids that want Disney don't know who Walt is
Created a scene without creating a scene, there's a science
I'm not asking for roses, they erode quick
First single at 19, had the rap game Covid since '06
When there were no TikToks to blow quick
I've been a G before IG, live streams and 5G
Ask poisonous poets, I've got the cure for anyone home sick
Fresh outta lockdown and I've been on my Doc's Brown
I lead by Example, there ain't a door I couldn't knock down
I'm buildin' an empire, makin' use of all of these blocks now
And I don't accept cookies, they give me crumbs, I click to opt out
So whenever you see this list about who isn't and who is in the top ten lyricists of Great Britain, you should please remember this
Some of the people that create 'em are some of the people that I've dissed
By not submitting into their system but I'ma teach them
Class dismissed, Sway