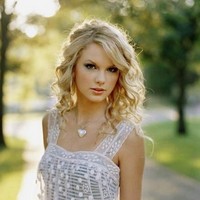 feat. Ed Sheeran
[Taylor Swift]
I use to think that love was for dreamers,
"Love at first sight" I never believed it,
Had my head on tight, I lived in the real world,
But that was until I met you.
Now everything is changed.

[Ed Sheeran]
Yesterday I was drinking my sorrows away,
On the edge of forever storing my heart away,
On the verge of letting my heart go stray.
And that's when I met you.
And now everything is changed.

[Taylor Swift]
Oh darling,
You look like your soul is lost.
What could've happened to make you feel so low?
Don't let the liquor ease your hurt.
Don't let your heart go cold.

[Ed Sheeran]
Oh darling,
https://www.coveralia.com/letras/everything-has-changed--remix---feat--ed-sheeran--taylor-swift.php
Don't worry, I'll be just fine.
What's a pretty girl like you doing in a place like this?
If I weren't drinking then I'd be crying,
And I think that's something we both rather miss.

[Both]
But I guess that's just how the cookie crumbles,
You give your all and watch as your heart tumbles
Down and down until you can't feel anymore.

[Ed Sheeran]
That's the thing about love,
That's the reason why I'll never fall again,
It hurts when it's supposed to make you make you feel good.

[Taylor Swift]
Well if that's what love is,
Then I don't ever wanna try it out,
But something tells me I should.