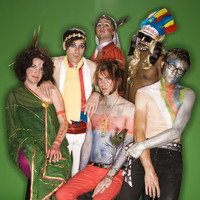 Standing behind the counter
Making all kinds of mistakes
Woody Allen couldn't have made a funnier film than you
Standing there pushing pushing
Winter off of autumn
Sweeping sunlight off the sidewalk
On the pavement in the park
Hiding behind my scarf
I'm making rude comments to myself
Playing that I'm Mr. Invisible
Nobody sees me
Leaning there saying saying
https://www.coveralia.com/letras/dustin-hoffman-offers-lame-possible-explanation-for-missing-bathtub-of-montreal.php
I'm just another voice in an ocean of voices
Thankful
Happy mood swings softly
While you put in a half-day's work
I'm just waking up and shaking
The sleep out of my hair
Leaning there saying saying
I don't want to take the time
To work things out, I'm so lazy
Thankful