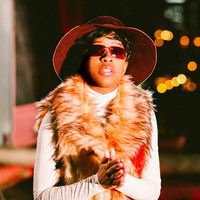 Look, I've been on my grind all week
I ain't been getting no sleep
But that shit don't matter to me
My momma said "it should matter to me"
She said "your health is everything"
Momma I've been road running
I just signed a few deals and the shows coming
I can't let my fans down, I gotta run it up
I can't let a bitch catch me, fuck a runner up
I said "lets turn the summer up"
All these other girls quiet, word to my mother
Man I put that on the bible
All this gossip people talking, man they got me fucked up
They want to see me down, broke bad on my luck
I don't trust nobody rather do it on my own
Get them squares out your circle, leave them pussy boys alone
Leave them pussy boys alone

Niggas with hidden agendas, I hope you offended
Cut the middle man out, I need all of my interest
'Cause niggas don't have passion, they just in it to fit in
I'm really in this shit to finish, niggas goofy they grinning too much
Get the fuck out my business
A lot of these niggas, they was raised like hoes
You ain't gotta be a killer to get my respect, pussy nigga

Look, I done been broke before I ain't going back (naw)
https://www.coveralia.com/letras/been-on-my-grind-dej-loaf.php
Lil bro just came home he said "he ain't going back"
So I gotta protect him, I feel like I've been neglected
Ready for change but don't wanna work at no register
So, just imagine all that pressure on me
Man, this shit is chess not checkers homie
Can't get to you, we'll probably get your homie
Don't get stuck in living in the moment
I was raised by real niggas no Jabronie's
Said I was raised by real niggas no Jabronie's
I'm a living legend nigga Kony Kony
Ridin' with the woo, got my Kony Tony
Tony, Toni Braxton, or Anita Baker
Left wrist skating, diamonds dancing like Jamaica
I keep a couple niggas, but ain't got a lot of patience
If I want it, I'mma take it, ain't trynna sound like no rapist

I be in the D, bake potatoes all like papers
I know why niggas mad 'cause I never need they favors
And I still rock with bucks, I ain't never had a trainer
Miami beach trippin' got the doors off the wranglers
Times get hard, old friends call you stranger
But I ain't even change, I just bought something I made it
You should be happy, you should want to do the same shit
A boss is way more then just given out a paycheck
No music, couple old friends turnin' the bases
I'm getting closer to God, I'm getting back to the basics
I've been had the vision since That's So Raven
And I never needed to said things, I knew I was greater
If I stayed the same, they would've love it
Performing in my room to performing out in public
It's 2K15, niggas score getting bucket
Let them pussies have it, make it feel it in they stomach, nigga

(We gon' make them feel it every single time, every time. I mean why not?)
(It feel like, I've been waiting my whole fucking life for this.)
I've been on my grind all week (I ain't going back)
I ain't been getting no sleep
But that shit don't matter to me
(We tryna fuckin' win man)